Q: I have an Osho Zen Tarot card deck that I’m still getting to know and understand. I was trying to match up the Major Arcana cards with the traditional tarot deck (Rider-Waite) and I’m not sure which is which.
~ Carla 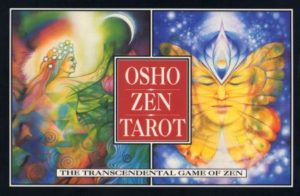 Below I have matched up the Osho Zen Tarot cards to their Traditional Rider-Waite Major Arcana counterparts (Osho cards are in bold):

You may want to print this out and use it as a quick reference while working with your Osho Zen deck. Hope it helps!