There’s only three things I regret in life:

But I suppose if I wanted to be a minimalist, I would say there is actually only ONE thing I regret in life – ignoring my intuition.

Because in all those situations, my intuition was guiding me down the right path but I chose to ignore.

So back to the hitchhiker. 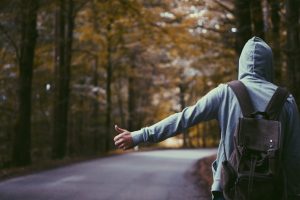 I was vacationing on a small island off the B.C. coast with my significant other and we had just finished a beautiful day hike along a remote beach trail. We were heading back to our cabin along an old, deserted logging road when we spotted a dude hitchhiking…in the middle of nowhere. Weird right?

He looked like an old hippy and at first glance seemed harmless.

A soft voice in the back of my heart said “fuck it, just keep driving” but my mind said “he’s probably a local hippy and hitchhikes all the time. If you don’t pick him up who will? This is the middle of nowhere! Be kind and helpful for once in your life…”

I asked my significant other how he felt about picking him up. He said “it’s your call”. Which is his way of saying if this shit goes south, it’s on you.

I’d never picked up a hitchhiker before. It was something I always considered dangerous but this was different. I was on a small island where everyone knew each other, I had my burly boyfriend with me and this guy just looked like a harmless local. How could this possibly go wrong?

So I pulled over and picked him up. Over the course of our 20 minute drive, I learned four things about him: 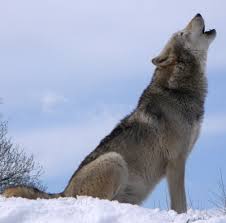 Needless to say, I spent the entire drive tightly gripping the steering wheel and praying he wouldn’t murder us.

(*please note: I do realize that statistically, very few mentally ill people are actually dangerous. And I don’t intend to portray people with mental health issues as “scary” people that should be avoided. This is simply my experience and how it felt to me at the time).

It ended well – we dropped him off at the ferry terminal and he thanked us profusely for the ride and left. But that is the LAST TIME I ever pick up a hitchhiker!

So what did I learn from this? Two things.

My intuition was a soft voice – not a loud one.

I think we often expect our intuition to be loud and clear. But intuition communicates through inklings and hunches, not bellowing orders.

My intuition’s worst enemy is my desire to be polite.

Honestly, I have lost count of the times I’ve ignored my intuition for the sake of “being polite”. From my run in with a masturbator at the local pool (a story for another time!) to picking up this mentally unstable hitchhiker, I often favor courting danger over possibly hurting someone’s feelings.

This desire for politeness is a terrible affliction, especially when it overpowers our survival instincts.

When my friend Laura invited me to go to Costa Rica with her, my intuition said “yes! do it!” but my rational mind said “are you crazy? You need to save your money for a house.”

That time I ran into a pervert at the pool, my intuition told me “this guy is creepy. Leave the steam room now.” But my rational mind said “he hasn’t done anything weird, so relax.” 20 seconds later things got weird.

Your intuition sees past appearances and “facts” to the raw truth of a situation. And while it can sometimes seem like ignoring your intuition is the easiest option in the short term, it never is.

The next time your doing a Tarot reading, be aware that any intuitive information you get may be impolite and irrational!

If you choose to only communicate stuff that makes perfect sense and won’t make your client uncomfortable, you’re tossing a wet blanket on your intuitive flame. 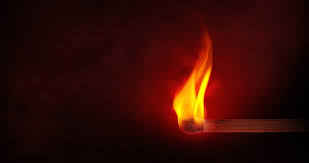 For many years I shied away from communicating what my intuition was telling me during a Tarot reading IF that information might be upsetting or intrusive. This was a mistake!

For example, when I realized one of my clients was planning on breaking up with her dud boyfriend, I avoided saying anything specific about it because she hadn’t asked about her relationship (she’d asked for a “general reading”) and I didn’t want to pry. So of course the reading lacked spice and intrigue 🙁

But I’ve learned from my mistakes. Now I’m more likely to pass on the info my intuition is serving up like I did in this reading, even if it blows back in my face.

Tell me about YOU…

When was the last time you ignored your intuition and regretted it? Tell me in the comments below!

9 thoughts on “The last time I ignored my intuition….I picked up a hitchhiker”