Save the World…by NOT Being an Assh*le!

Guess what? After a 2 year hiatus, My evil twin Veronica is baaaaack! And she has everything I don’t….copious cleavage, hordes of cute guys trailing after her and a hankering for day drinking. She’s here to ejaculate some sass and giggle into your day with her Tarot “wisdom” and terrible life advice. 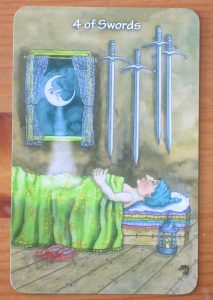 If you think saving the planet involves doing a bunch of stuff, you’re wrong. As usual.

If you’re serious about making this world a better place and you’re not just in it for the endless virtue-signalling, circle jerk of social media, then listen up…

You don’t actually need to do anything.

Just DON’T be an asshole!

But don’t try to be nice. Don’t try to be a “good person” because then you’d be doing something and you’d probably just fuck it up.

The Four of Swords is telling you to DO LESS. And most importantly – THINK LESS. Not in a dumb sort of way but in a relaxing sort of way.

I know everyone tells you you’re supposed to shoot for the stars and bust through your blocks and be the best version of yourself, but…. the world is also full of assholes, so maybe there’s a correlation?

Do less. Want less. Be less. Fuck things up less.

Make that your mantra for the weekend and you’re good to go!

This entry was posted in July 2020, Veronica Noir. Bookmark the permalink.

10 Responses to Save the World…by NOT Being an Assh*le!