As someone who has a Tarot deck collecting problem, I have tons and tons of decks. And because I have so many, I can’t possibly use them all equally.

So I have my go-to, trusted decks that I work with on a regular basis, then I have the ones that I bust out every now and then, while all the rest basically sit on my bookshelf collecting dust.

I revealed my top 10 Tarot decks two years ago and as I read back over it I see that nothings changed – those are still my top 10 decks. Although I did acquire two more (the Heart and Hands Tarot by Liz Blackbird and the Everyday Witch Tarot by Deborah Blake) that I would like to add to that list.

So this got me thinking….what makes a Tarot deck a go-to deck?  What makes me want to use a deck repeatedly, over a long period of time, as opposed to a deck that gets used only occasionally or not at all?

The decks that are just collecting dust on my bookshelf are all wonderful decks with fantastic art and in some ways are much nicer looking than my go-to decks. So it’s not a simple matter of aesthetics.

I’ve rounded up the 5 Tarot decks that I use most often and tried to find some common threads. First I’ll share my top 5 most used decks and then I’ll explore what they all have in common… 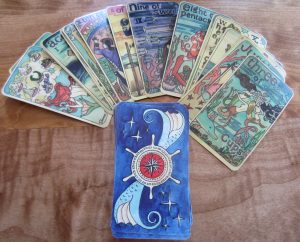 This deck has been a solid favorite of mine since I got it three or four years ago.

I like how it follows the Rider Waite imagery enough to make it familiar, but is still quirky enough to be interesting. And of course I LOVE the mermaid theme!

There was some controversy over this deck using “recycled” art from the Tarot of the Mermaids, a deck I also own.

While it cannot be denied that there are quite a few extremely similar cards in this deck, I just can’t muster the energy to get my knickers in a twist over it. This is probably because I love the Dame Darcy deck so much that I’m like a mother of a serial killer – I’m blind to any possible flaws. 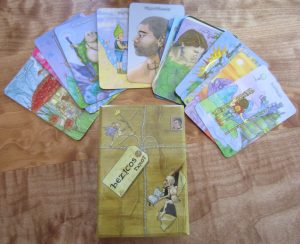 I didn’t expect to love this deck as much as I have. I was initially drawn to it’s cheery color scheme and the weird little creatures that populate the deck, but I figured this would end up being just another cool deck in my collection.

However, the interesting details in the art drew me in and helped me get a new understanding of each card.

This deck’s characters are easy to converse with (if talking to figures in Tarot cards is your thing) and each card seems to pull you in and force you to contemplate things in a new way. In fact, every time I read with this deck I feel like I’m being taken on a journey of sorts. Thus, it’s one I come back to again and again.

Apart from the court cards, which can be tricky as f*ck to read, this is a reliably easy deck to use. 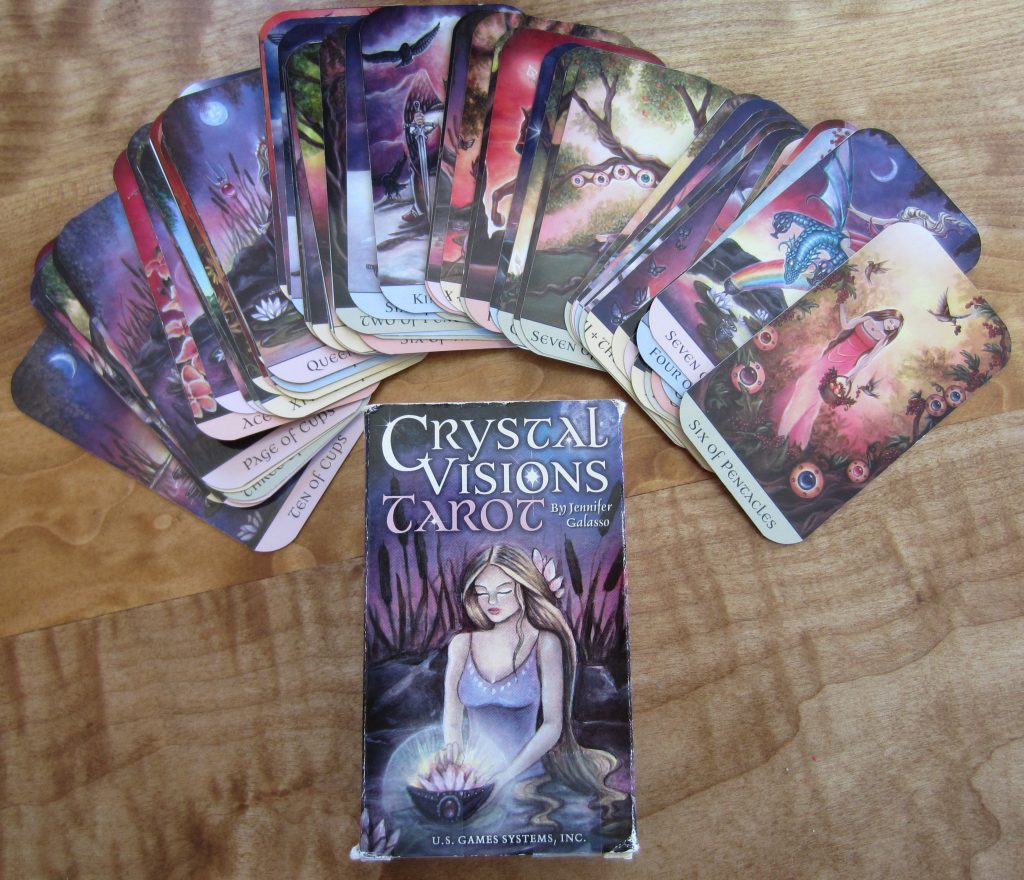 I was first drawn to the Crystal Visions Tarot by Jennifer Galasso because I loved the pretty and colorful artwork, which is no different than asking someone out simply because they’re hot.

But despite this decks pretty, ethereal vibe, it has a surprising amount of depth. Kind of like finding out that hot surfer guy with the ripped abs and delicious tan is also good at conversation! Yum!

This deck follows the Rider Waite format, which gives it a classic feel and makes it easy to read with, but unlike the Rider Waite deck, it makes me feel insanely happy and optimistic whenever I work with it!

I ended up trimming off the annoying white borders because they totally pissed me off. This deck is 100% improved without the borders in my opinion. 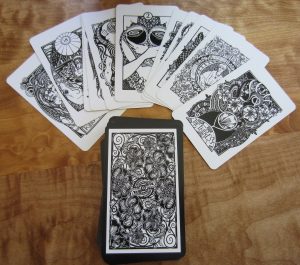 This is a black and white Tarot deck created by Liz Blackbird, featuring totally rockin’ pen and ink drawings.

Again, this was one of those decks that surprised me in just how much I liked it – kind of like going out with an artsy hipster guy only because you’re bored and have nothing better to do on a Friday night, but then discovering that not only is he fascinating and unexpectedly sensual, but he just might be The One.

I wondered at first if I was going to love or hate the absence of color. Well, I ended up loving it. Sometimes a plethora of hues can clutter the mind as if to say “hey look at me!” while these black and white cards leave me space to explore while avoiding distraction. 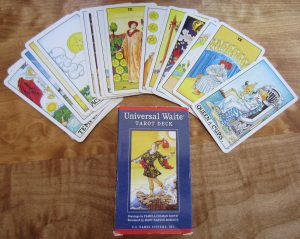 This deck is a winner! It’s a re-colored version of the classic Rider Waite deck and it’s a deck I come back to again and again.

Like a well worn pair of underwear, what it lacks in excitement and sexiness, it makes up for in comfort.

This isn’t my favorite deck by any means, but it’s one I use time and again. I like using it for readings because:

What all these decks have in common:

Okay, so I tried to find some common threads, but I was pitifully unsuccessful.

I was going to say that none of these decks are themed decks, but the Dame Darcy deck is a mermaid deck and the Heart & Hands has a black and white theme, so there goes that theory.

I was also going to say that none of these decks are busy, but the Heart & Hands Tarot is kind of reminiscent of Zentangles, so there goes that theory!

The only real common thread I could find was that these decks all stick to the Rider Waite theme. But big deal. That says nothing.

The conclusion I’ve come to is that it’s not the decks….. it’s me.

My 5 fave decks appeal to me for different reasons and the fact that I use them more than some of my other, equally wonderful decks, probably just comes down to my personality. Which is why you’re go-to decks are probably different from mine.

And in that sense, I think the decks you use the most probably say something about you – your personality, your likes, dislikes, subconscious desires, etc…

So now I’m dying to know: what are your most-used, go-to Tarot decks? Tell me in the comments below 🙂

22 thoughts on “My 5 Favorite Tarot Decks (that I actually USE!)”