For the past 340 days, I have blogged about Tarot. And I have loved every minute of it. But I woke up this morning and thought I want to write about something different today.

Since I am currently taking a writing class called How to Be a Guilty Pleasure, I have been busy crafting an epic list of all my guilty pleasures (of which I have many!) and in doing so I have realized something. You can really tell a lot about someone by their guilty pleasures…

And lately I have been itching to know more about my audience (YOU!).

So I would love it if you shared with me your ultimate Guilty Pleasures – those things you love to do but hate to admit (for example, watching all the Twilight movies. Alone. In a dark theater. While scarfing down Kit-Kats and Cheese Crisps). Its okay, I won’t judge.

But its only fair if I first reveal my own Guilty Pleasures. But just so you know, I don’t actually feel guilty about any of them. Here goes….

1. Camping out in metaphysical bookstores

2. Paranormal Teen Romance Movies (like Twilight and…well, I can’t think of any others right now)

4. Naps for no reason

6. Listening to Reggae music while I make curry and it rains outside

7. Hot baths in the afternoon, while reading the latest Philippa Gregory novel

8. Going to the movies alone (you have no choice when you watch crap like Twilight)

9. Sipping tea out of a fancy, rose-painted teacup

11. Lurking in health food stores, reading the labels on everything and harassing the staff 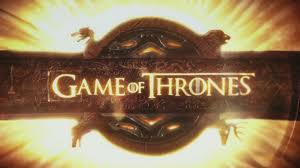 12. Watching Game of Thrones until 3am

14. Obsessively googling my latest celebrity crush like a crazed stalker (right now its Kit Harington from Game of Thrones – the dude who plays Jon Snow. But next week it will be someone new)

15. Traipsing about in a long, grey cardigan, disintegrating bedroom slippers and grey sweatpants (sometimes done in conjunction with #14)

16. Petting horses at the Summer fair. I love doing this!

17. Last but not least…..shopping for Tarot decks and books on Amazon. If being hopelessly addicted to acquiring new Tarot decks is wrong, then I don’t want to be right!

Okay, now its your turn 🙂 Dish your top 3 (or more) guilty pleasures in the comments below….and don’t hold back!!!

53 thoughts on “What’s YOUR Guilty Pleasure?”