The Tarot Court Cards….In Bed! Part One: The Queens

I know from experience that the Court Cards can be tough to learn and remember.

Why? Because they’re boring.

Maybe that’s a bit harsh. But typically a Court Card is just a person sitting there not doing anything. Boring! How are you supposed to get anything from that?

So I turned to my evil twin Veronica (aka me after a glass of wine) for her sizzling take on the starchy royals of the Tarot.

She said that she had an easier time understanding their personas and messages once she thought of them in a sexual way. Gross! But it works…

The Tarot Queens in Bed

The Queens are the ultimate sex goddesses of the Tarot! Powerful, confident and full of womanly charms, each Queen represents the energy of her suit in it’s mature, feminine manifestation.

But lets answer the question that everyone wants to know: what are these Queens like in the boudoir?

The Queen of Cups 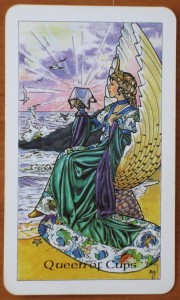 The Queen of Cups is a dream lover. She takes her time, savors the moment and intuitively knows exactly what you want her to do next.

Sappy movies like Sweet November and Hope Floats act as an instant aphrodisiac, getting her all hot and bothered.

This Queen isn’t into the one night stands but write her some poetry and she’ll be tossing her panties at you like your Tom Jones (50 years ago).

Secret fantasy: she longs to be dominated by an alpha bad-boy!

The Queen of Wands 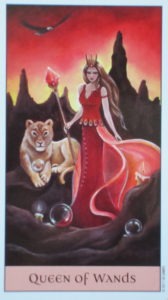 This lady is foxy and brimming with moxie! The Queen of Wands is passionate and driven both in and out of the bedroom.

She’s a total cougar whose always on the prowl for a younger man that she can whisk away on a sexual escapade.

If your lucky, she may invite into her closet which is full of kinky costumes, feather boas and all kinds of weirdness!

The Queen of Wands is perhaps the most exotic and adventurous of all the Queens, due to her extensive travels in foreign lands, where she has bedded countless lovers and learned all kinds of international delights.

Nothing shocks her anymore, but she is far from jaded.

The Queen of Pentacles 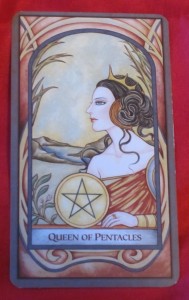 Known for her practicality and two-feet-on-the-ground persona, her sexual passion is like a slow burning fire. She’s slow to arouse, but can go all night once she gets going!

Seduce her by bringing her edible, earthy gifts, like a basket of penis-shaped vegetables. She’ll get the hint!

Secret fantasy: a picnic that leads to outdoor sex in the woods.

The Queen of Swords 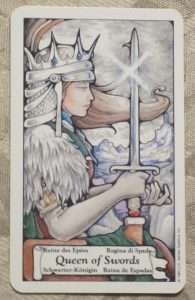 While you may suspect the Queen of Swords to be a total killjoy in the sack, think again.

This phallus (ahem, “sword”) wielding vixen can really rock your world. After a long day of keeping her shit together she wants nothing more than to get totally wild and nasty!

She’s brainy (being of the suit of Swords), which means she loooooves to use big, smart-person words in her dirty talk. And talk dirty she does….

This Queen is icy and reserved when you meet her, but turns into a filthy little motormouth between the sheets. Who knew?!

Read Part 2: The Pages in Bed! 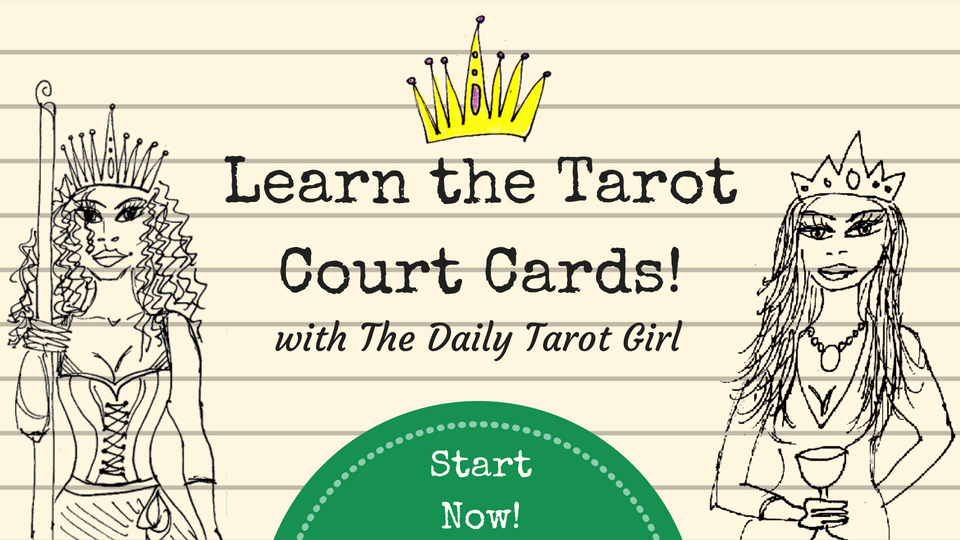 In the comments below, tell me which Tarot Queen you think would make the most captivating lover and why?

22 Responses to The Tarot Court Cards….In Bed! Part One: The Queens