Do you love Tarot? Do your friends and family think your nuts? Your not alone….

Lately I have heard from many people who enjoy Tarot reading and other metaphysical things, but struggle with the fact that their friends and family do not share their enthusiasm. This inspired me to tell you all about my 4 methods for dealing with this issue with humor, sass and zen-like tranquility.

First of all, I often totally forget that most people aren’t  really into Tarot or other new-agey topics like crystals, angels, meditation, past lives and Reiki. Most days I walk around inside a happy, sunshiny bubble, totally oblivious to the negativity and limited views held by some.

So it comes as a jarring shock when I meet someone new and I chirp “I’m a Tarot reader!” and they look at me like I just said “I eat babies”.

This Summer I was having a conversation with someone I had only known five minutes. When I told him that I read Tarot cards, he said with genuine awe “oh cool! So you just make stuff up and take people’s money!” He seemed pretty impressed.

So as you can imagine, it was hard to burst his bubble by admitting that actually, no, that’s not what I do! As I explained that I truly believe Tarot works and is not a bunch of crap, I noticed a certain look come over him. I knew the look well. It was that oh, jeez, what a flake look.

I bet you know the look I mean 😉

Experiencing negative reactions from strangers is one thing. But it is entirely different when it’s your close friends and family…

I once had a relative tell me at a Christmas dinner that “Satan works through Tarot cards and if you mess around with that stuff, SATAN WILL GET YOU!” *sigh* 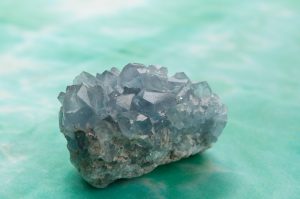 One of my dearest friends once exclaimed “people who are into crystals are total assholes!” (this was before she had been to my place and seen the plethora of crystals lining my bookshelves and coffee table!)

And for many years, I would hide my angel card decks and spiritual books when people came to visit. I didn’t want them thinking I was a New Age flake. But eventually I stopped caring.

So as you can see, not everyone in my life thinks that what I do is totally awesome. Crazy, I know!

So what do you do when your friends and family can’t stand your “woo-woo” side? 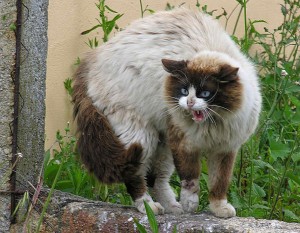 Resist the urge to defend Tarot (or any other woo-woo topic) or convince them into seeing things your way. Instead, explain how much fun you have with Tarot and why you like it. You don’t need to say why you think its legit.

For example, when my relative warned me about falling into Satan’s grasp (too late!), I could have replied, “I have been reading Tarot for years and my experience has been very positive. I have so much fun studying the cards and giving readings and it has really helped me through some difficult times.”

When people see how much joy Tarot brings you, they will rethink their stance on it. This may not be obvious to you, but trust me, the gears in their mind are shifting! 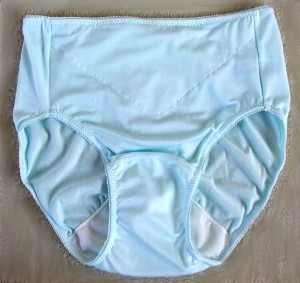 Friends, family and total strangers judge you as a New Age wing-nut? So what!

Try not to judge them in return as “ignorant”. Because you aren’t better than them. In fact, you may actually be more close-minded. For example, I have lumped everyone who enjoys team sports, video games, weddings, babies, fast food and ice cream into the “people I just can’t relate to” category. And that’s a lot of people! Almost everyone.

So we all make silly judgements about each other to one degree or another. This means you need not take it personally when it feels like someone is judging you. Let it go.

Seeing the funny side of all this can be a wonderful way to shift the energy and feel more connected with those around you.

When my good friend said “people who like crystals are assholes,” I simply said “fuck you! I love crystals!” Then we laughed and laughed and all was well.

Next time someone says something obnoxious like “I don’t believe in psychic phenomena because it’s not scientific,” simply shout “SCIENCE!” a la Thomas Dolby’s 1982 hit She Blinded Me With Science. That always goes over well!

Tip #4: Get comfortable with not being accepted

I know, I know, we want people to like us and agree with us. It just feels good. So when the opposite happens, it kind of sucks. But here is a liberating secret I want to share with you…

The more comfortable you are with being “unacceptable”, the more free you will be!

Here’s a quick story about me. I used to bellydance in restaurants. Every once in a while someone in the audience would be visibly offended. They might shoot dirty, disapproving looks my way or shake their head in disgust. It was lame.

Before I began dancing in public, this was my greatest fear – that I may in fact offend someone.

But prior to dancing professionally, I confronted this fear. I repeatedly imagined dancing for a roomful of horrified spectators and feeling totally at ease with it.

Then, when it actually happened that someone didn’t like my dancing – well, it just didn’t bother me. I focused my attention elsewhere and got on with the show!

When you can imagine the whole world judging you as a crazy, metaphysical loon and then thinking “hmmm…you know what? I’m totally okay with it,” then peace and freedom will be yours for the taking!

I want to hear from you!

Is there anyone in your life that disapproves of your interest in Tarot and metaphysics? How did you deal with it? Tell me all about it in the reply section below 🙂

102 thoughts on “How to Deal with Tarot Haters!”