So you’ve heard of Tarot cards (obviously!) and you’ve probably also heard of Oracle cards. Are they the same thing? Or are they totally different? And which is better?

This is a question I get asked all the time. And it’s not always easy to explain. But let me do my best…

Oracle cards and Tarot cards are similar in that they are both used for the same purpose – doing readings, exploring oneself and divining the future.

The two differ in their structure…

A Tarot deck follows a particular formula. An Oracle deck is more free-form. 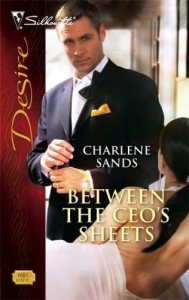 A Tarot deck is similar to a Harlequin Romance novel. There’s a formula and structure to it. Certain things have to be present.

For example, the traditional Harlequin novel always features a virginal heroine. The hero she falls in love with is always rich and oh so manly – he is usually either a cowboy, billionaire or tycoon. Never a school teacher, chef or janitor. Can you imagine the novel on the left being called Between the Gas Station Attendant’s Sheets? Didn’t think so! But I digress…

Like a steamy Harlequin, A Tarot deck must follow a particular structure. There is always five suits – the four minor arcana suits and the major arcana.

A Tarot deck has 5 suits…

The minor arcana consists of cups, swords, wands and pentacles. This can vary depending on the deck as some decks get crafty with renaming the minors. There might be coins instead of pentacles or bows instead of wands. But essentially, the gist of each suit is the same.

A Tarot deck has 22 major arcana cards numbered 0 through 21. For a complete list of all the major arcana cards, go here. Some decks will have an extra card that is unique to that deck. For example, the Crystal Visions Tarot has an extra card called “The Unknown Card”, making it a 79-card deck, instead of the standard 78 cards.

Just as some decks will rename the four minor arcana suits, the major arcana cards can also be renamed. In my Druidcraft Tarot, the Wheel of Fortune is called The Wheel and The Devil is called Cernunnos. But the general meaning of the card stays the same.

I know this concept is really confusing, but think back to the Harlequin novels. Underneath all the details of a steamy bodice-ripper – like character names, job titles and location – lies a storyline that is pretty much identical from novel to novel.

One romance novel’s heroine may be called Chastity Dewstorm, while a different novel’s heroine is named Vanessa Lovejoy. But they both fall in love with a high status male by the novel’s end, despite their breathy protests and desperate mews.

Another element that all Tarot decks share is that there are four court cards – King, Queen, Knight and Page – for each minor arcana suit. So there are 16 court cards in total. Again, some decks get creative with the names and might have prince and princess instead of Knight and Page, but the meanings of the cards do not change.

Oracle cards can be anything – there are no rules that must be followed. If a Tarot deck is like a Harlequin, then an Oracle deck is like a novel that just happens to have romantic elements in it. Perhaps there are even some Harlequin-type aspects to it, but it does not follow any set formula to a tee. Maybe that’s not the best analogy….

The Oracle deck is the rebel who makes her own rules, traveling wherever the wind takes her, spending time in communes and ashrams, embarking on sexual escapades and making pottery while high.

This is NOT to say that Oracle cards are more interesting than Tarot cards, only that they are not bound by any rules.

An Oracle deck can have any number of cards in it. Most of them tend to be less cards than a Tarot deck, but some can have more. Some Oracle cards will have phrases on it – something that is rare for a Tarot deck – but some decks might only have images and no words.

Most Oracle decks have Tarot-inspired cards in them. So if you get to know your Tarot cards really well, you will spot some similarities in your Oracle decks.

Angel cards are a popular form of Oracle cards – these are basically Oracle cards with an angelic theme. Most Angel cards have uplifting phrases written on them, making them easy to use for beginners and gentle enough to use on those days when everything’s total shit.

So which is better? Tarot or Oracle cards?

This totally depends on you! Learning Tarot requires more time and energy, while Oracle cards are easy to read right off the bat for most people since the meanings are usually written on the cards.

Some people find Tarot cards intimidating and “scary” with their dramatic images of crumbling towers and scythe wielding skeletons. In that case, its best to start with a gentle Oracle or Angel card deck.

So why bother learning Tarot at all?

Tarot has a depth to it that Oracle cards often lack. Reading Tarot is more challenging, forcing you to flex your intuitive muscles.

Going back to the romance novel analogy, Tarot cards are like a leather bound copy of Emily Bronte’s Wuthering Heights, while Oracle/Angel decks are like a Harlequin paperback with a glistening cowboy on the cover. Yes, it’s comforting and it’s boatloads of fun, but don’t neglect the classics!

Now that I have thoroughly confused you by saying Tarot is like a Harlequin, I mean no, its like a romantic classic, I would love to hear your thoughts…

Which do you prefer? Tarot or Oracle cards? Or do you like both? Share your opinions in the comments below!

84 thoughts on “What’s the Difference Between Tarot & Oracle Cards?”